The full expression of the “Made in Italy”

A lot of things may surprise you, when passing by the Amalfi coast. One of these would be the Solimene building, the temple of artistic ceramics Made in Italy.

Back in 1951, Vincenzo Solimene, engaged the architect Paolo Soleri, Turin architect and Frank Lloyd Wright’s student, to plan a building to host his new ceramic factory.

Since the beginning, it was an ambitious project for Paolo Soleri, who challenged to explain the idea behind this architectural masterpiece. Eventually, with a creative spirit Soleri came up with a new word: “Archology”, where “architecture” meets “ecology". The building structure represented an environmentalist idea of the city that aimed to counter the consumption of large areas of territory by the ever-expanding contemporary megalopolises.

In this way, today’s “Ceramica Artistica Solimene” was born in 1954, as one of the most significant architectures of 20th century. The masterpiece is situated on a solid rock, along the Amalfi Coast, in the small town of Vietri Sul Mare, famous for its ancient tradition dating back to 15th century in ceramic craftsmanship.

Since the 50’s its spectacular facade - which in a way recalls Gaudì’s architecture -, covered with rough and enameled green vases, looks at the Salerno Port and surprised all the tourists who begin their journey towards Amalfi coast. 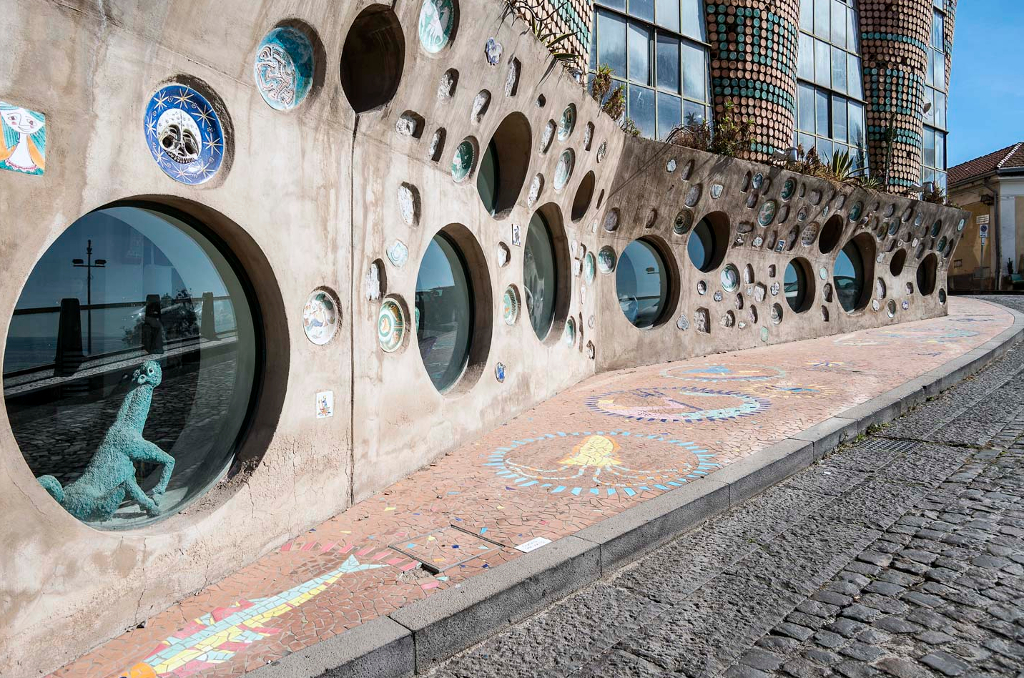 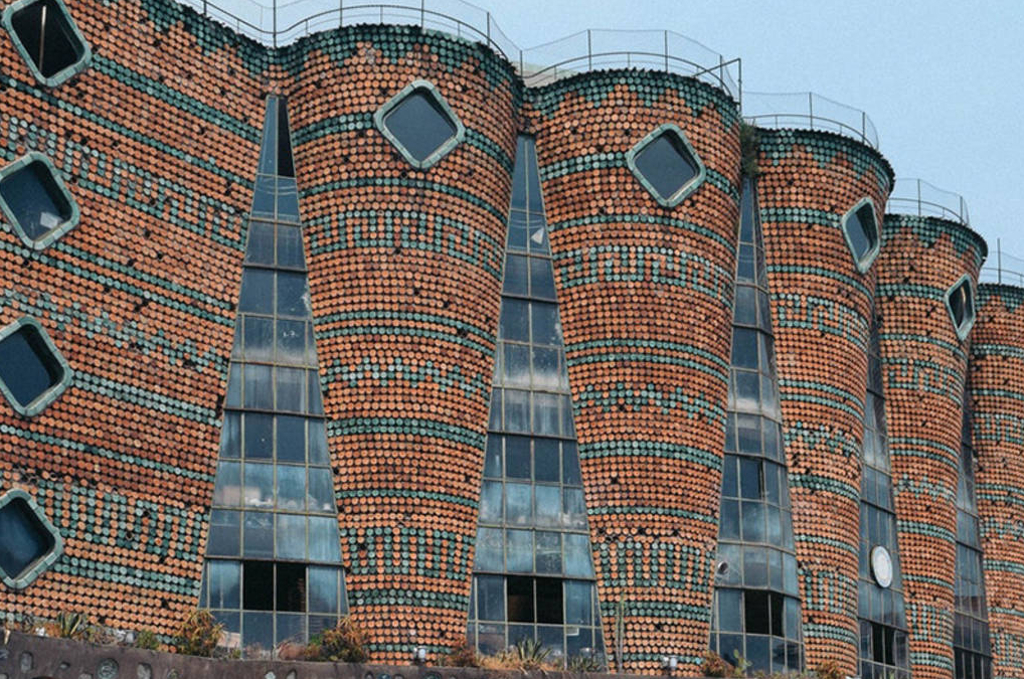 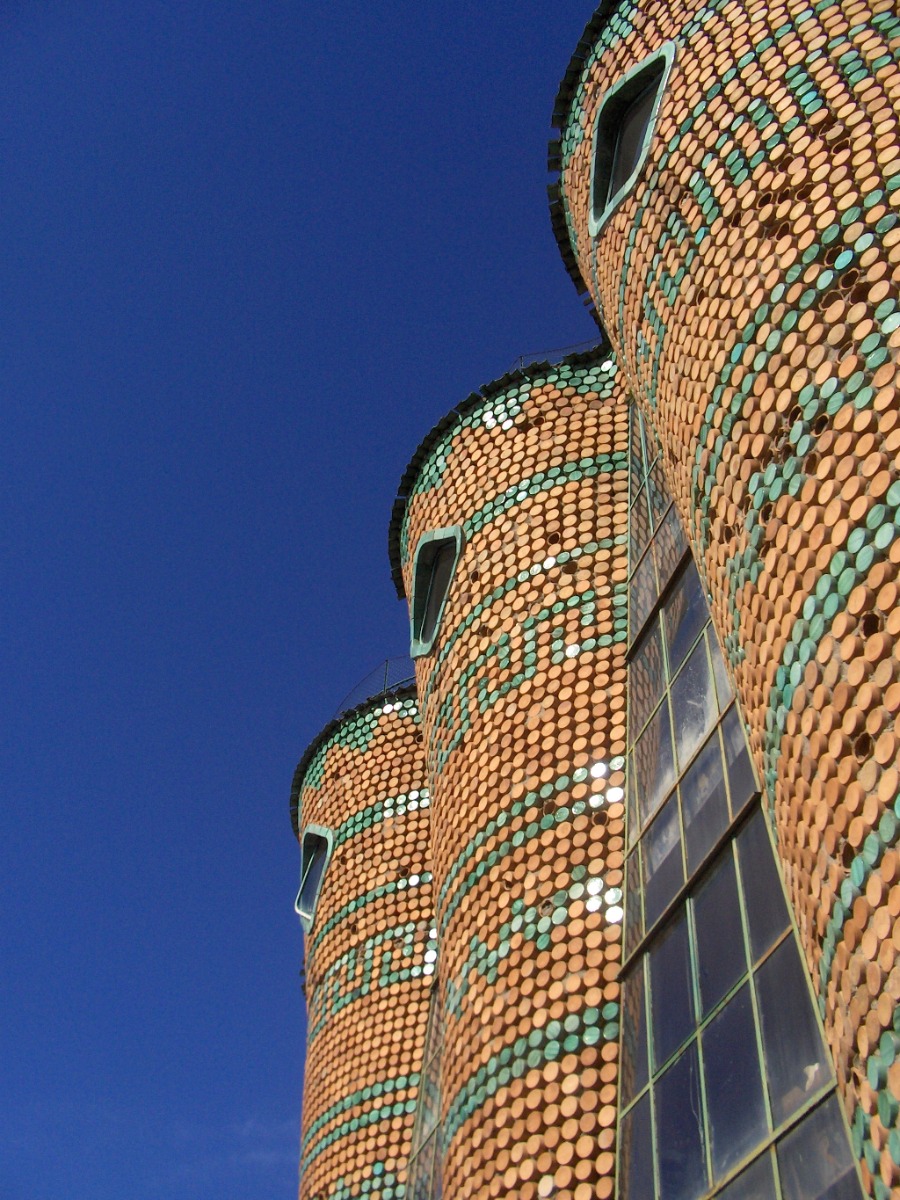 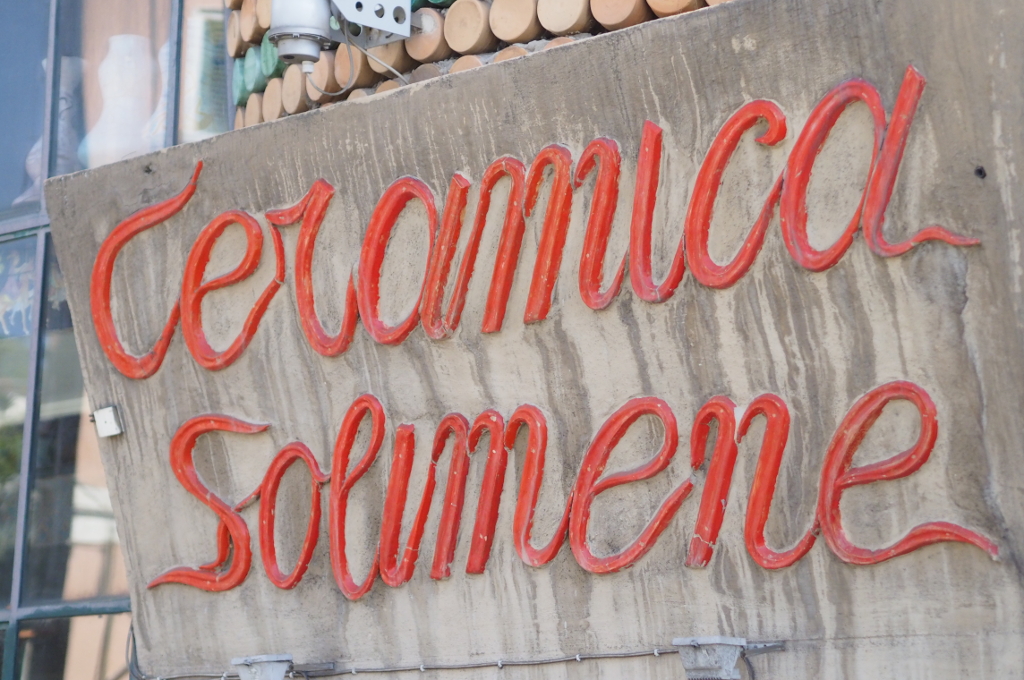 The interior has an ogival plan, developed vertically from the bottom to the top, articulated around a helical ramp that winds from the first to the fourth floor and connects - not only figuratively- all phases of the ceramic production cycle. 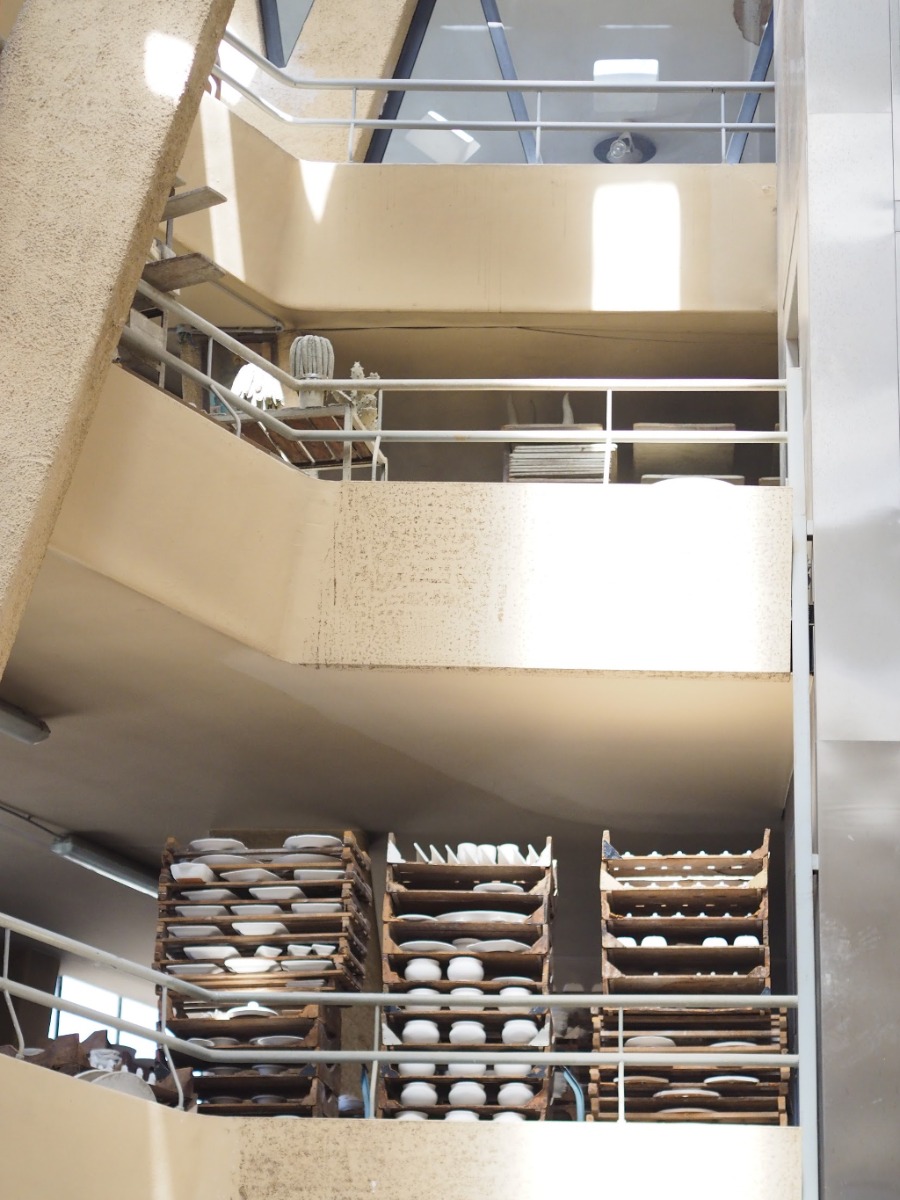 The ground floor of the building exposes all finished products available also for sale, while the upper levels guide us to various artisans, who untangle themselves among presses, clay, brushes, enamel, colors and ovens. The interior space is flared upwards and dominated by a “ forest”, represented by reinforced concrete dendriform pillars, supporting the pierced roof. 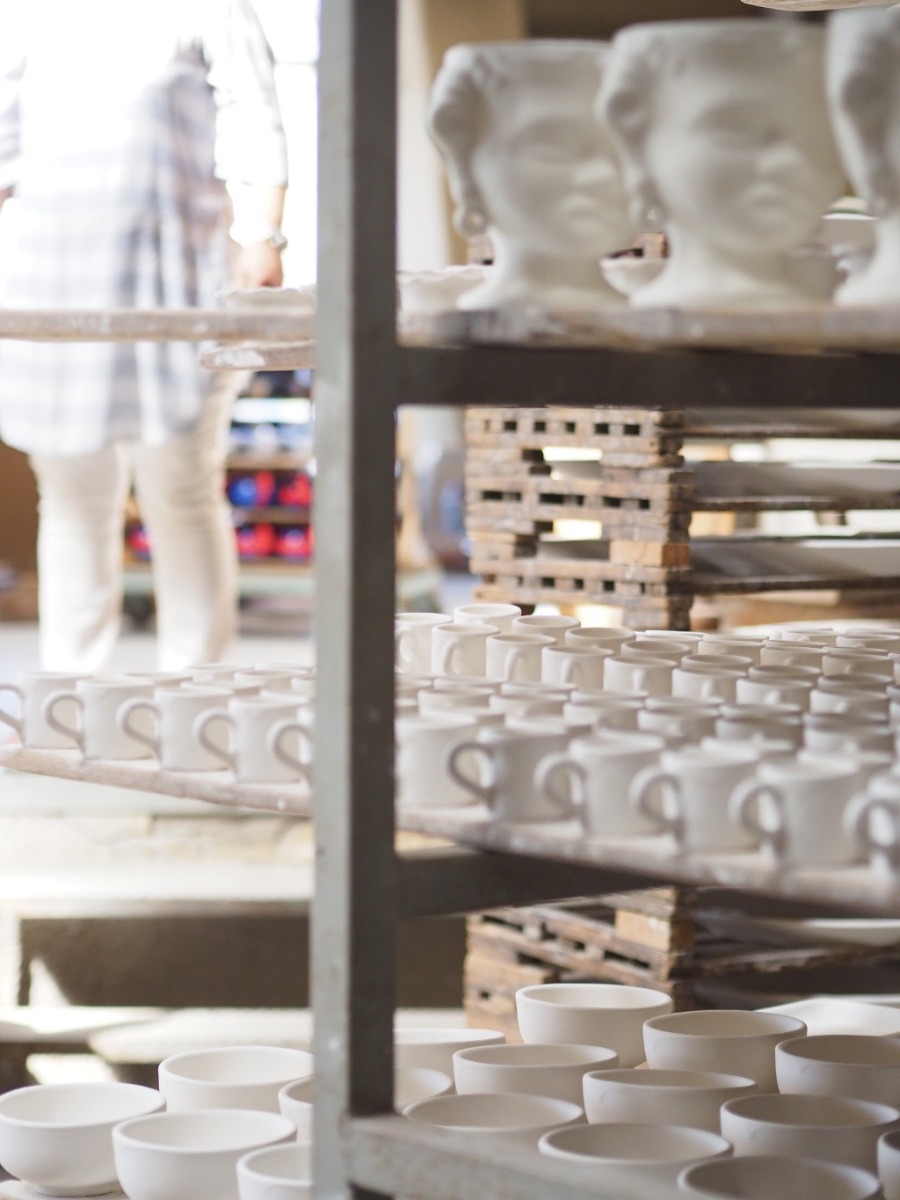 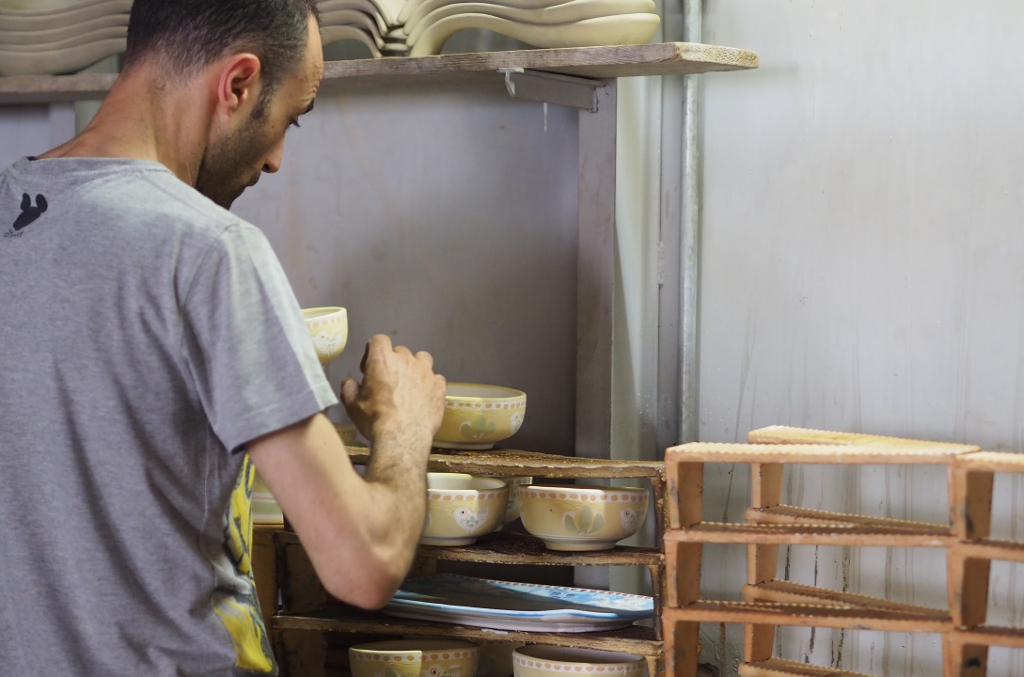 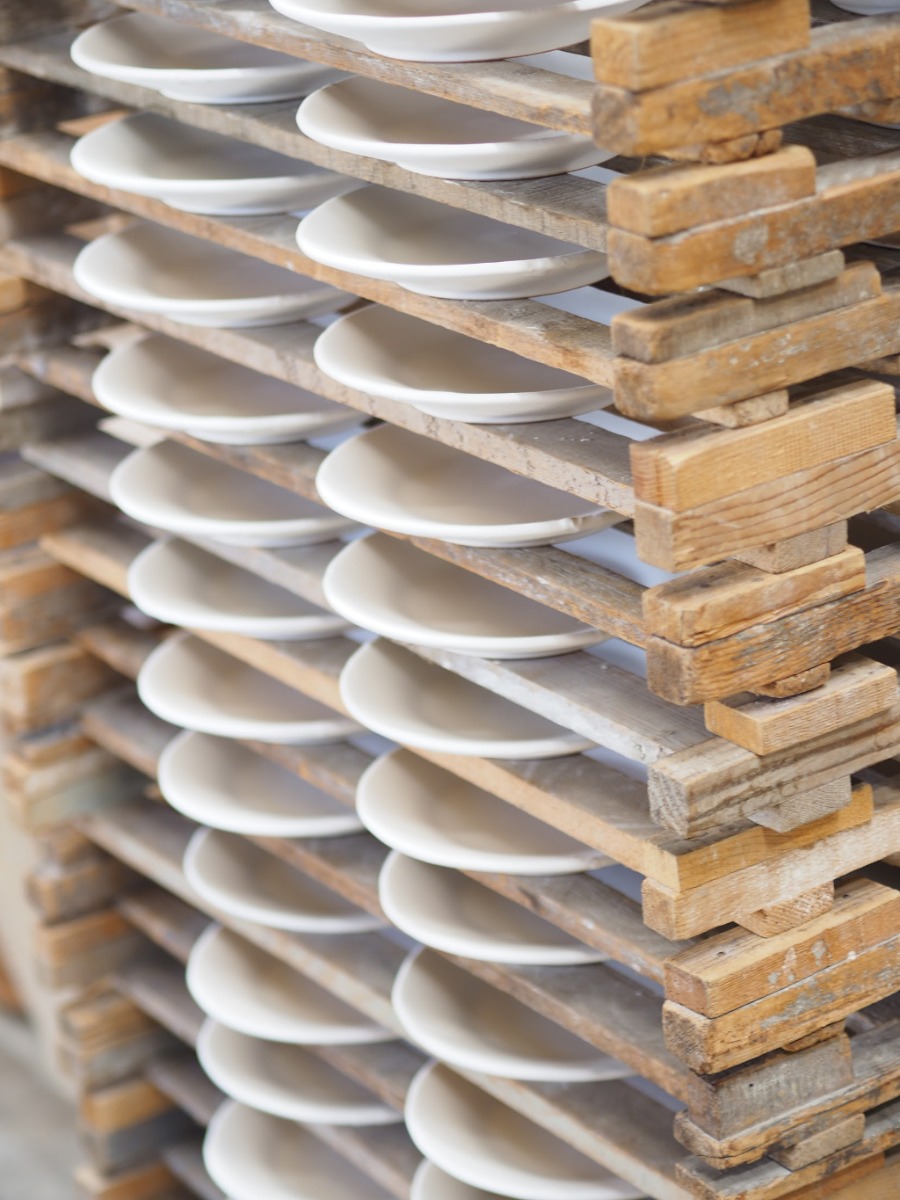 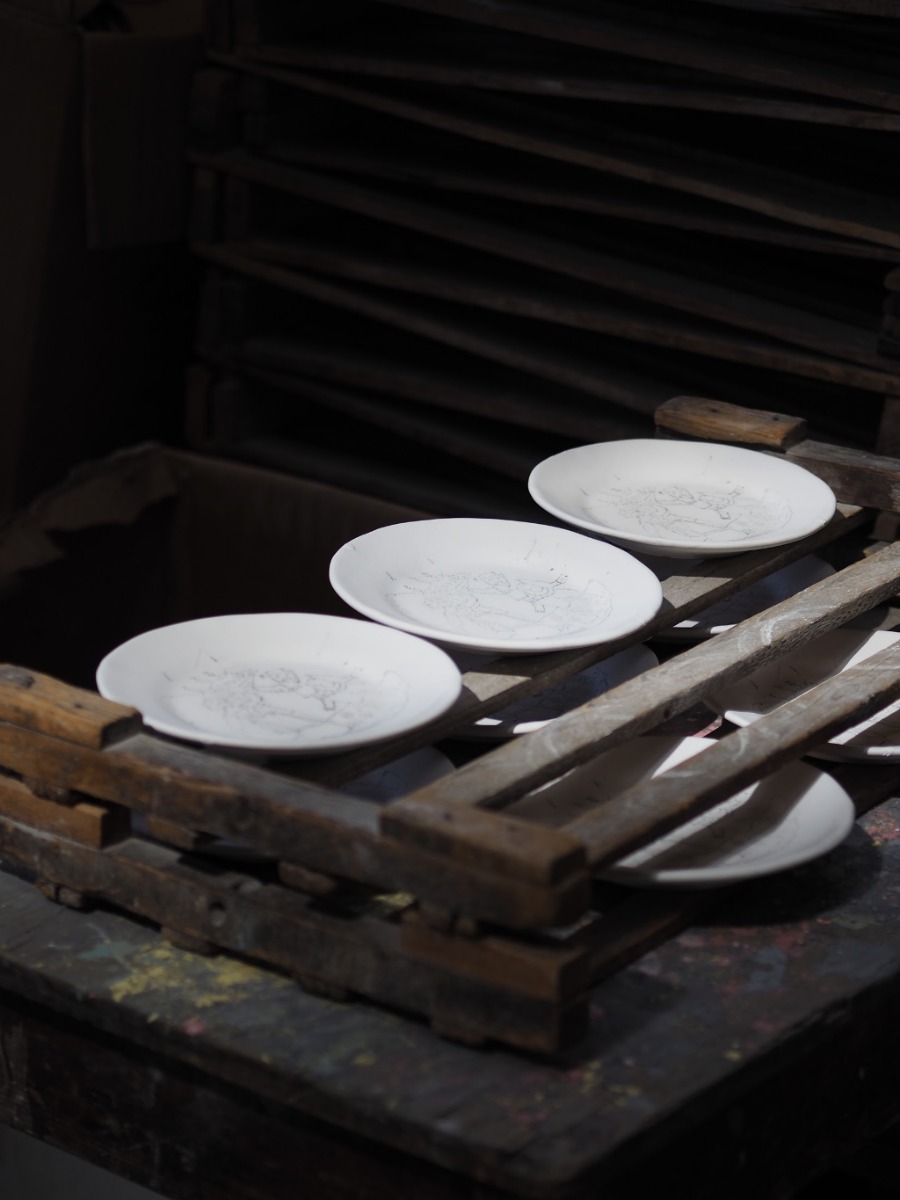 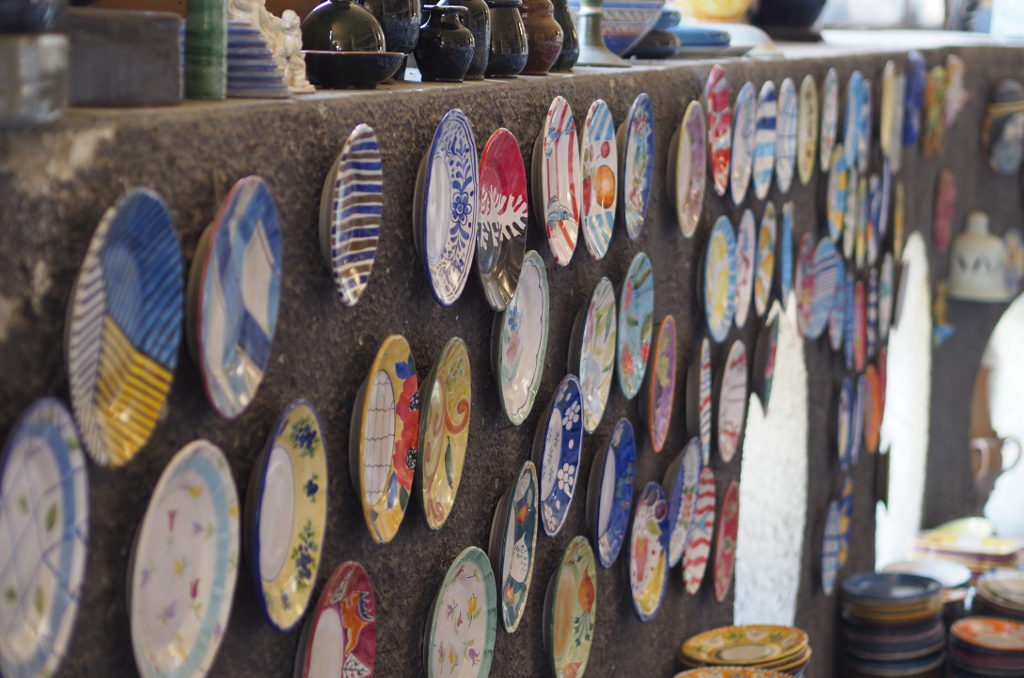 “Ceramica Artistica Solimene” is not only an artistic ceramic factory, producing handmade pieces, designed and appreciated all over the world, but also a work of art itself. The full expression of the “Made in Italy”.